What is Bluegrass Music?

"Bluegrass Music,
It don't butt in,
You don't need an amp,
And you don't plug in."
~ John Hartford
What is Bluegrass Music?  I get this question all the time.  The primary difference between #Bluegrass music and #Country #music, is that Bluegrass music is all acoustic.
I made a video about it and posted it to my YouTube Channel:
Email me your questions at adamsweetonline@gmail.com
or use the Contact form on the sidebar
at January 21, 2022

There's an easy way to learn a musical instrument!

Everybody knows that when you want to learn how to play a #musical #instrument, you're going to have to work on it for a long time. But there's an easy way to make the time go quickly.Sign up for lessons by emailing adamsweetonline@gmail.com or contacting me using the form on the sidebar

Watch this video to learn how:

Email ThisBlogThis!Share to TwitterShare to FacebookShare to Pinterest
Labels: easy, how to, lessons, mandolin, practice

Get one for yourself today. Contact Adam Sweet adamsweetonline@gmail.com or by using the contact form on the sidebar
Here's a short video of it:
at January 20, 2022

Mandolin Lesson: how to improvise on your bluegrass mandolin

A while back, one of my students asked for some tips on bluegrass mandolin improvisation.  I put together this video:

Here's another video on the subject of improvisation:
This video was made for TikTok, which has a 3GB limit:

Email ThisBlogThis!Share to TwitterShare to FacebookShare to Pinterest
Labels: bluegrass, how to improvise, improvisation, mandolin lesson

Mando Mo Strings is a company in Holyoke, MA, the birthplace of American Industry, that has developed a line of affordable musical instruments made with top quality materials and workmanship.  These instruments are on par or better than similar brands, such as Eastman, TDK, The Loar and Northfield.  The instruments are designed in Holyoke, Massachusetts, assembled in China, and finished/set up in the US.

Here's a post I wrote in 2018.  Some of the text is a little dated.  If you would like to try any of the instruments, please contact me to set up a time.  Due to Covid19, restrictions apply. 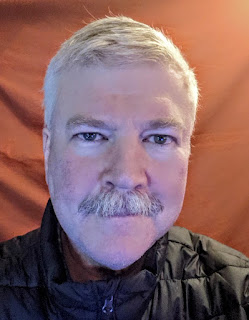 I wanted to update the community with what's going on here in Granby, Mass at the studio location.

Firstly, the Granby Music website now points to www.adamsweetonline.com and will probably for further notice.  The domain host (Wix) recently doubled their pricing and due to the loss of business because of the Pandemic, it's become an issue of affordability.  If you're looking for something you thought was available on GranbyMusic.com, please ask.

Secondly, the rate of Covid19 infections in Massachusetts has increased astronomically since January of 2022.  Due to that fact, I have decided to close in person lessons and classes until further notice.  I had hoped to open up in February, and even made plans with a couple students, but it just doesn't make sense at this point.  I will write an updated blog post if and when that changes.

All 30, 45 and 60 minute weekly lessons are online.  Here's some more information about getting set up for online lessons.  Workshops and Classes are temporarily (I hope) closed due to Covid19.  Online Workshops with Google Meet and YouTube Live will be announced as they are set up.  While I don't have a specific events page, you can do a search for the keyword Events to see if there's anything new.

The weather has been cold and harsh these past few weeks.  They are predicting heavy snow the week of Martin Luther King, Jr's Day, so it's probably a good idea that lessons are online and not in person.  I am looking forward with great anticipation for the Spring.  I have many outdoor plans!

Just because you are not a kid doesn’t mean that you can pick up new skills. Adults (and teens) can learn much faster than they believe if they understand how the brain learns new things

Why YSK: adults can learn things faster than what they believe, and learning new things and skills can be a very satisfying process on its own, but many people wished they had learned to play an instrument or some other skill but never do something about it because they feel that “it is too late”. It isn’t.

There is this common misconception that just because you are older and the brain doesn’t “learn as fast”.

While this is true by some regards, kids don’t learn in the same way as adults do. Kids learn by imitating actions from their environment, they can do that because their brain has significantly more synapses(=connections between brain cells) than adults, so it’s easier for the brain to find the right pathway and reinforce it while pruning “wrong” synapses.

In contrast, adults have preexisting synapses that have been reinforced for a long time and so it’s significantly harder to learn by imitation.

But adults also have a significantly better world model (=understanding of the world), and significantly more developed frontal cortex (=rational thinking and control of functions and behaviour). This means that by employing pre existing knowledge and understanding you can attain a much better understanding of the skill you are trying to learn than kids. This, then means that you can explore and generate new “actions” and behaviour much better than kids because you have better understanding of what is going on under it. By doing that consciously you will be able to turn the actually “correct” and “high quality” conscious actions into subconscious actions that are second nature.

Finally, even learning itself and creativity are skills that can be trained for (as a grad student with publications from undergrad, and a lot of original work, who has ventured into other fields in her own time because she found it interesting, I recommend the Feynman method with flashcards and extensive notes).

The brain is a very strong pattern matching and creative computer. It’s a shame that many people live with regrets of not learning to play instruments or some other skill.


Some authors that I can recommend:

- Gina Rippon - The gendered brain (I read this today so I am adding it now)
- - Kahneman (eg. “Thinking fast and slow”)
- David Eagleman (eg. “Livewired”, ”the brain”)
- - Robert Sapolsky (eg “Behave”, “why zebras don’t get ulcers”)
- Elizier Yudkowsky (eg “Inadequate equilibria”)
- - Lieberman and Long (The molecule of more)
- Oliver Sacks (eg “The man who mistook his wife for a hat”, “Hallucinations”, “On the river of consciousness”)
at September 27, 2021